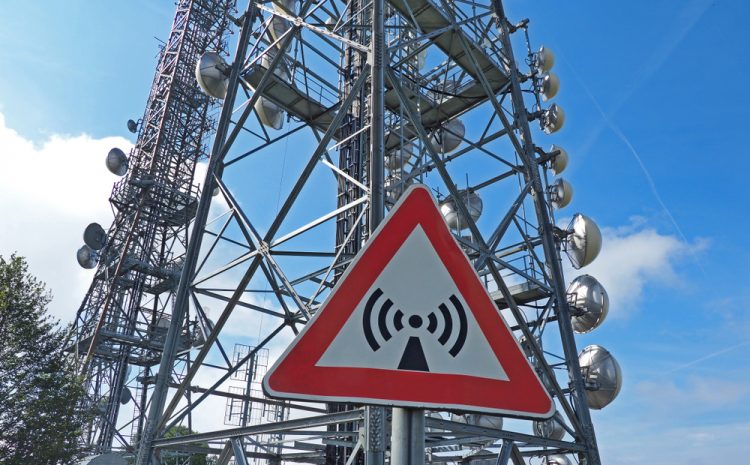 As dramatically as technology in the telecommunications industry has advanced, so too have hazards, dangers, and detriments. Fortunately, many of the causes are entirely avoidable or at least predictable enough to overcome. Notwithstanding, no crew or company should minimize the risks that tower personnel face –– especially as it pertains to the unseen threat of radiofrequency (RF) energy overexposure.
Nonionizing RF Energy Radiation 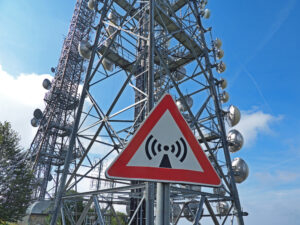 When data travels from one antenna to another –– via cell, TV, or radio tower –– it does so through RF waves. This type of energy is fairly prevalent in both bustling cities and rural areas. RF energy, however, is nonionizing, which means that, while it can cause thermal or heat-related damage, it cannot have adverse biological effects on a molecular level.
Although tower personnel aren’t at risk of ionizing radiation from RF energy, they are at risk of thermal injury. RF overexposure can quickly heat the temperature of body tissue, which can cause significant damage. In particular, the eyes and testes are at risk of injury –– as these anatomical areas are less capable of self-cooling and regulating temperature because of a lack of blood flow.
Symptoms of RF Overexposure
While overexposure presents the most threatening consequences to tower personnel, exposure to RF energy at sub-resonance, or low absorption, levels can still cause injuries such as contact burns. The symptoms of RF energy overexposure, while severe, can often be mistaken for those of a viral infection, including:

Such symptoms may not present themselves immediately after RF overexposure, which may make the cause difficult to properly diagnose. Therefore, it’s critical that all tower personnel seek immediate medical attention if they experience any adverse effects that could be linked to RF energy exposure.