What the national security ban could mean for rural cell towers 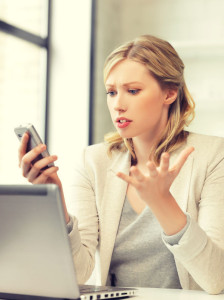 For a lot of people living in largely populated cities, waking up to cell phone coverage is something that’s most likely taken for granted every day. We’ve grown so accustomed to turning on our cell phones and having the immediate ability to connect to cell towers that it’s hardly a blip on our screen anymore.

But what about the people who do not reside in heavily populated areas of the country? Thousands of cell phone customers living in rural areas have to rely on different services than the vast majority of America’s population. In fact, many of the major carriers, such as AT&T, Verizon, and T-Mobile, have favored more densely populated areas to establish their cell towers, overlooking the smaller communities that dot the map.

It’s these smaller communities, and their rural cellular companies, that could pay the largest price if President Trump’s proposed U.S. national security ban on Chinese telecommunications equipment were to go into effect. Why?

What is the proposed ban?

Amidst recent political events, the Federal Communications Commission (FCC) has proposed a ban on telecommunications equipment purchased from specific Chinese companies. The Trump administration has deemed these companies a possible threat to the national security of the United States, citing the potential for cyberattacks or spy activity stemming from the country in East Asia.

Why would rural cell towers be impacted?

Without the financial backing of large cellular companies, many small carriers look to China to purchase more affordable equipment vital to the operation of rural cell towers. A ban on this equipment would result in a huge reduction in cellular coverage as a result of cell towers that can no longer function. These cell towers currently carry equally vital communication to the residents of less populated regions, including open spaces of Montana, Kansas, Alabama, and other states.

The personal cost of the ban

If small carriers continue to purchase equipment from the Chinese companies cited in the proposed ban, they would no longer qualify for federal subsidies crucial to their operations. The dependence on this needed funding can place the providers of rural cell towers in a tough spot. As a result, many small family-owned wireless providers and cooperative cellular companies are watching this issue closely.

If President Trump’s ban goes into effect, many providers would have to halt the operation of their towers altogether, drastically reducing cell phone coverage for both the customers in their area and for the people “roaming” through, temporarily “borrowing” service from smaller cell towers. This impact to coverage could also affect a rural customer’s access to 911 in the event of an emergency, accident or fire, as well as the ability to reach a distant neighbor if help were needed. In many communities across the country where residents are already isolated, a disruption in cell tower service could further promote that isolation.

In April, the Trump administration successfully placed a ban on companies within the United States who had supplied telecommunications components to the cited Chinese companies, though a temporary reprieve was granted through August 1.

At USA Telecom, we have more than four decades of combined experience in the telecommunications industry. We have proudly serviced over 100 telecom companies and their unique insurance needs. We understand the specialized nature of cell tower erection, lines and antennae, DAS, and small cellular operations. If coverage or tower challenges are an issue for your business, we have solutions. How can we best serve you?